Carnival of Viareggio - A story of 150 years!

One of the most historically and culturally important cities of Versilia is undoubtedly Viareggio.

It is among the streets of this city that, from the idea of some wealthy and high-ranking young people of the area who use to meet at the Casinò Café, in 1873 begins the great folkcloristic event of the Carnival of Viareggio, now recognized as the most important in Italy and Europe.

The first carriage parade takes place in Via Regia street, that is in the heart of the town, during Mardi Gras and gets an unexpected success among the spectators, who particularly like the idea of celebrating in this way the anniversary, therefore it is decided to repeat the experience the following year. The celebration slowly becomes more and more important and its importance increases with the innovations and projects in the technical and artistic field: the carriages are replaced, at the end of the century, by triumphal wagons, built of wood, scagliola and jute and modelled by sculptors together with blacksmiths and carpenters, already employed in the shipyards of the Darsena area. Then the masked course is transferred from the center to the promenade, so making use of a wider scenario, elegant and close to the beach and the sea: this inevitably contributes to stimulate the imagination and creativity of the careers, who begin to design larger and more refined buildings.

The "roaring" 20' of the last century see the recording of the official song of the Carnival, "La Coppa di Champagne" (The Champagne Cup), a song that still remains among the most popular and aired during the parades, and the invention of the printing paper, commonly (and improperly) called papier-mâché, by Antonio D'Arliano, called "Tono".
The use of this new material, light and inexpensive, is considered a turning point in the history of Carnival, because it offers the opportunity to stage increasingly tall and large allegorical floats and allows the represented figures to come to life thanks to increasingly sophisticated and realistic movements.
In 1930, however, was born from an idea of Uberto Bonetti, painter and futurist graphic designer, the mask symbol of Viareggio, Burlamacco, which in the manifesto of the following year is flanked by Ondina, bather tourist symbol of the summer season in Viareggio and Versilia. - TECHNICAL AND ARTISTIC DEVELOPMENTS: FROM THE POSTWAR PERIOD TO THE 1980s

During the post-war period, and more specifically in the early 1950s, the evolution of the event continues to progress: in 1953 the oxen that tow the wagons leave space to the much more modern motor tractors and in 1954 the Carnival enters the house of the Italian television viewers thanks to the first live television of the newborn RAI (and only 4 years later the telecronaca goes in Eurovision). In the same year the event is enriched by a large group of musicians masked as sailors following a beautiful majorette: "La Libecciata" becomes the first official band of the bacchanal!

In 1960 a fire destroyed the barracks where the works were built and the 1961 edition is likely to blow up, but thanks to the construction in record time of the new hangars at the Marco Polo district, in the opposite part of the city, the show continues!

In 1973 our Carnival is 100 years old and throughout the decade of 70' there are countless works to remember as well as the names of builders from which still today the masters draw inspiration: Arnaldo Galli, Sergio Baroni, Renato Verlanti, Silvano Avanzini, are among them.

In 1984 the Carnival Lottery was created, which was combined with the first category chariot competition and in 1988-1989 the Italian TV Saturday night on Raiuno was dedicated to Viareggio. 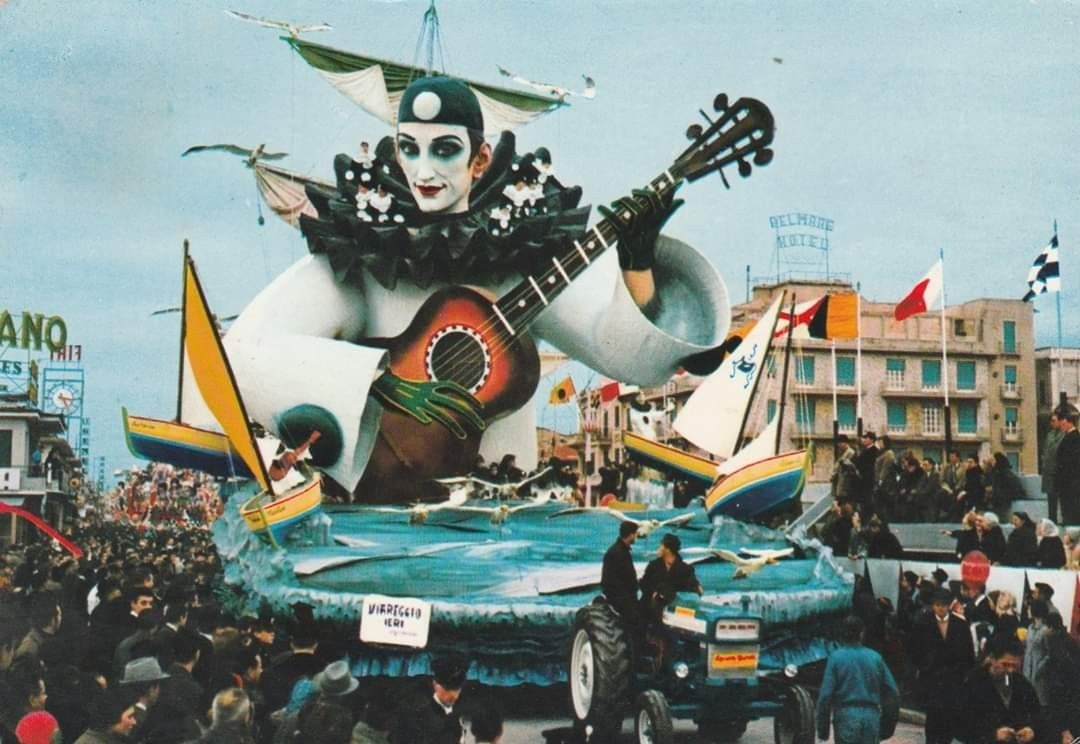 - THE END OF THE CENTURY: TOWARDS THE NEW MILLENNIUM!

At the beginning of the 90' the Carnival exports its art to the WORLD CUP OF FOOTBALL that take place in Italy: on the lawn of the Milan stadium of San Siro stand out 25 flowers born from papier-mâché and from the precious hands of our masters that open at the same time making fly in the sky a rainbow of colorful balloons. The artists from Viareggio have in fact received the assignment of the inauguration ceremony of the World Cup.

At the end of the century, exactly on September 16th of 1999, a new "house" was built for the wagons: THE CARNIVAL CITADEL. A week later the giants of papier-mâché finally greet the hangars of the Marco Polo and settle on the other side of the city, where waiting for them there is an extraordinary architectural complex entirely dedicated to the creation and conservation of the Carnival of Viareggio. Here we also find the two museums dedicated to the history of the Carnival floats and the Carnevalotto (a precious collection of works of art by great contemporary brands inspired by the Carnival of Viareggio).

From the years 2000 to today the Carnival of Viareggio is even more protagonist of the city and the area, as well as of the whole of Italy. Every year on Mardi Gras Mardi Gras comes back live on national television on Raitre, to show his artistic wealth and his charm on television screens throughout Italy. There are also many illustrious guests such as politicians, sports and entertainment personalities who come to Viareggio to admire their caricature in papier-mâché, as well as every Masked Course of each edition of the Carnival,hundreds of thousands of people make the event a success. The Carnival of Viareggio fills a whole month of daytime and night parties, with parades of mastodontic wagons, local parties, masked parties and reviews of all kinds 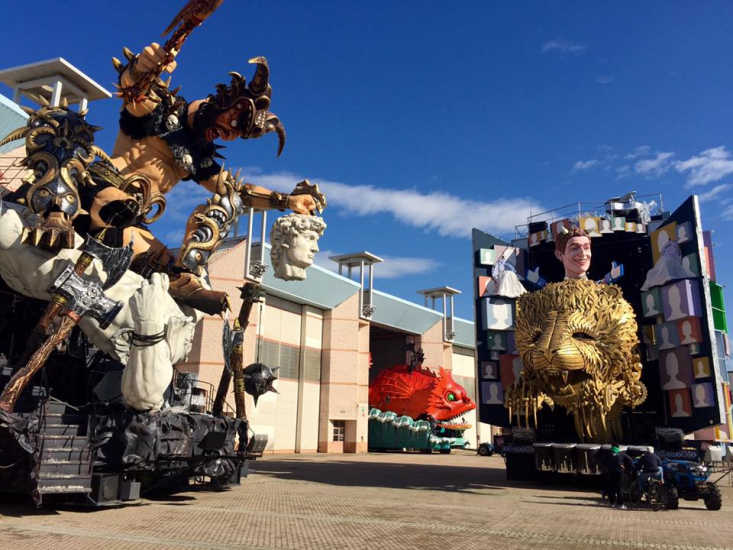 Carnival is not only an event that generates joy and festive feelings during the course but is also accompanied by other occasions to celebrate and have fun: we are talking about the veglioni and masked parties, which have ancient origins, well before the birth of the masked courses.

In the '20s became famous the "colored" veglioni, parties in which women must wear a dress of the colors indicated, while men must dress with a tuxedo and even the decorations, confetti and streamers are chosen in the colors prescribed.

Places like Cafè Chantant Margherita on the Promenade are ideal, elegant and chic, for this type of party and in the latter the tradition of the Veglioni in costume with an "incipriato of the eighteenth century" begins in 1932.

In the '70s they begin to walk the "Rioni" or masked night parties held in the various districts of the city with lots of music and joy.
It is up to the legendary Carnevaldarsena to start the modern tradition of these celebrations.

Today the "rioni" (held in Torre del Lago, in the Marco Polo district, in the Darsena area and near the Green Cross Onlus area) continue to be street parties accompanied by music, masks and lots of fun: the city streets are set up exhibition stands, stages where local music groups perform and gastronomic facilities where you can dine with fish dishes and other local specialties. 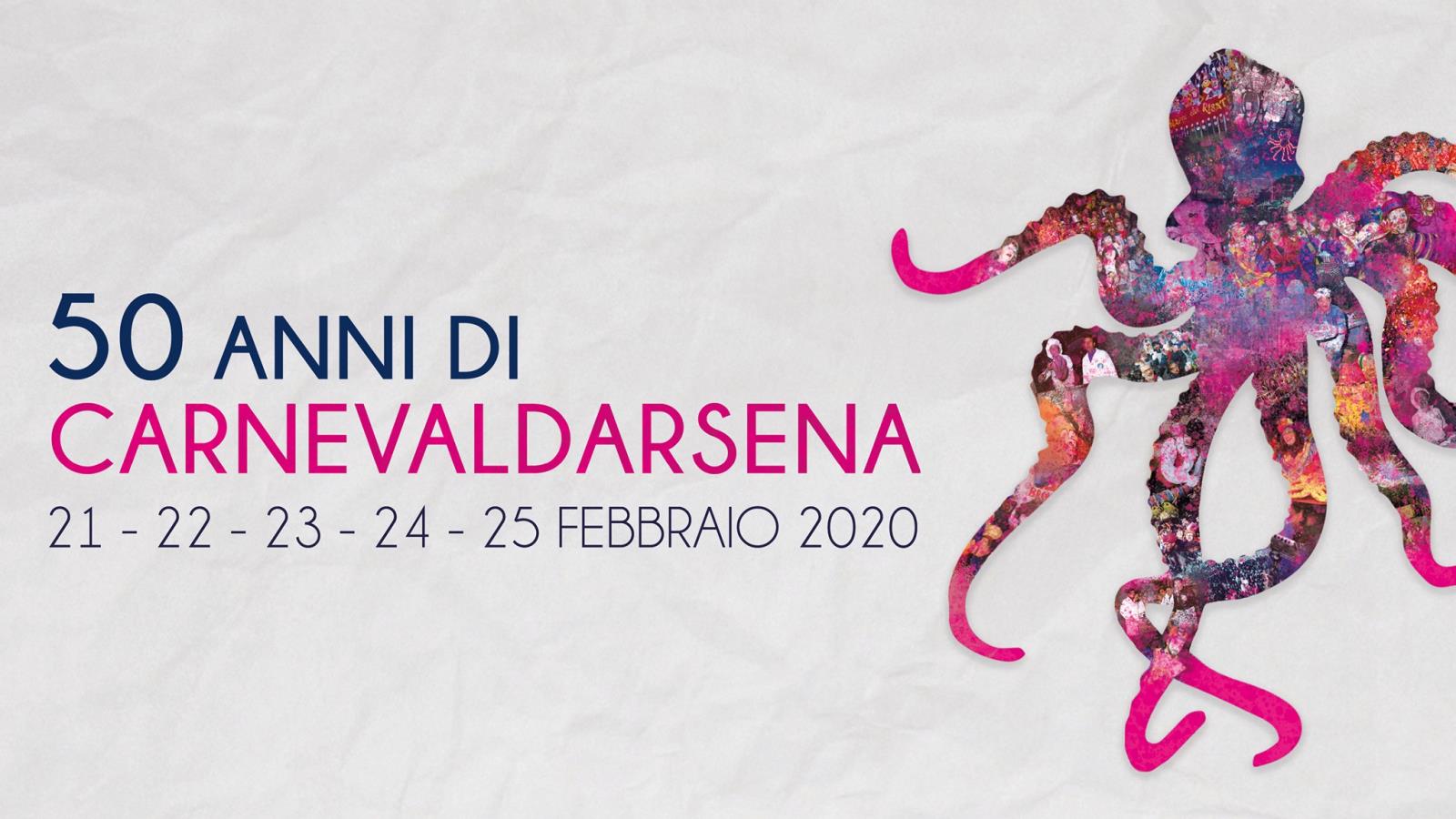 - THE MUSEUM OF CARNIVAL

The Carnival Museum of Viareggio, located inside the Citadel, allows you to "touch" a historical, artistic and cultural heritage that has more than a century!

Inside this Museum there is an educational stand that describes the different phases of the realization of a paper-maché work through illustrations, while on the ground floor of the building are set up other workshops that offer the opportunity to engage in the manipulation of clay and paper to model and work with a paper mache artifact. The statue of Burlamacco, created by the imagination of Uberto Bonetti in 1930, welcomes visitors with a very nice smile to guide them in his world, that of Carnival.

The route begins with a parade of models of allegorical floats of the first category (the winners of recent editions), which allow you to observe and admire the structure and the different compositions, colors, chrome and in particular the staging, of the various topics addressed, usually in a satirical key. A series of wooden display boards, like a sort of craft workbench, contain original works of some famous artists who worked for the Carnival, including: Enrico Pranpolini, Lucio Venna, Moses Levy and Uberto Bonetti, which is dedicated ample space to witness its long and intense relationship with the Carnival of Viareggio. In a table-board you can see the postcards that reproduce the official posters of the Carnival of Viareggio from 1925 to today.

And then there’s the papier-mâché, or rather, as we have already said the molded paper. The products used in the processing, such as newspaper paper, flour glue, clay, plaster, rushes, represent since 1925 the Viareggio technique, making it characteristic and unique. On the ground floor of the building, on an area of over 300 square meters. Educational workshops are set up where children have the opportunity to practice the most basic techniques of paper-based manipulation. Inside the Museum, the bookshop offers the opportunity to buy art editions, publications on the history of the Carnival of Viareggio and souvenirs. 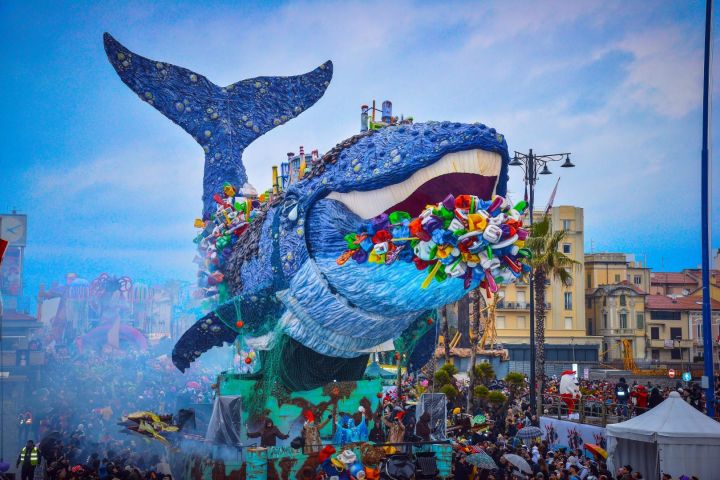